The Growth of Mobile Money in Malawi

Mobile money is the currency stored in one’s mobile phone. Typically, a customer would bring money to a local agent who would deposit the money into the customer’s mobile phone in the form of mobile money. These agents are also able to withdraw money from a customer’s phone and provide cash. The agents often are local shopkeepers or just phone credit vendors who are trained by the mobile company providing the services.

Over the past 4 years, Malawi, a country where an overwhelming majority of the population lives in the rural areas has enjoyed and experienced the benefits of the Mobile Money services. This is so because 55% of Malawians do not have access to any form of financial institution and only 19% of the total population have formal bank accounts. Since bank accounts are so scarce, mobile money offers an accessible alternative for safely depositing, withdrawing, transferring and even saving money. Apart from bank accounts being scarce, most of the local people especially those who do not have a very good education background find it very difficult to open a formal bank account because of the requirements and language barriers since most of the banks use English for their various processes.

Mobile money has made it so easy for such locals to have a less involving alternative to these formal banks by having less requirements to attain the service and using local agents who easily explain the whole procedure to those who would want to use mobile money. Not only this but also the companies providing the mobile money service usually have Mobile Money Accelerator programs which raise awareness and the importance of using Mobile money services. These usually take place in the rural areas where one would not find a bank. So far in Malawi office projects for these programmes have been established in the rural parts of Mchinji and Lilongwe in the central region, Rumphi in the northern side and Blantyre in the southern part. 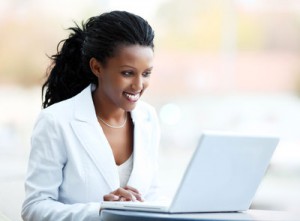 Furthermore with Mobile Money, one does not need to have an identity card or any other authentication requirement to have a mobile money account unlike the banks. All these factors put together, have made the mobile money service to be accepted and used by a good number of people in Malawi especially those who run small businesses in rural areas but cannot have access to a formal bank account. People involved in these small businesses who are mostly women are now able to have a safe place where their money can be stored and saved without having to go through a tedious process. Currently, at least 1.5 million Malawians use the Mobile Money service as compared to the 1.2 million people who are using formal banks. This clearly shows that there is a fast adoption and rapid growth of the mobile money service in Malawi.

Even though Mobile Money usage in Malawi is growing and being accepted, there are still some challenges which are hindering its growth. Firstly, there are only two of such services; “Mpamba” (money in the context of capital) provided by Telecom Network Malawi (TNM) and “khusa mmanja” (money in the hands) which is also provided by Airtel Malawi. This increases a lot of down time for the service due to request congestions caused by so many users wanting to access the service at the same time. As a result, some users of the service feel discouraged thinking that it does not really work and as such they end up not wanting to use the service and withdraw their money out of frustration. To solve this, there is the need for the appropriate authorities to encourage more service providers to reduce these congestions and alleviate the frustrations

Secondly, the agent network involved in the mobile money service is very small. Right now, there are only at least 10,000 agents involved in this business. This is because the commission involved is very low and demotivating to other interested would be agents. Hence, to have a great community of agents to spread and bring the gospel of Mobile Money service, there is the need to have a good raise in commissions. Otherwise, it would be difficult for the Mobile Money service to be taken to all parts of Malawi.

Lastly, if mobile money service is to continue growing at a good rate in Malawi then it would be very essential to review and change the pricing, transaction costs and how they are affecting client and agent behaviour. Most especially, attention must be given to the model of charging per transaction as the current status is often a disincentive.

Profile of Writer Bridget Nyirongo, Malawi.
Bridget Nyirongo is a young Malawian female Computer Scientist (Software Developer)
passionate about using her technical expertise to see and realise a high
representation of females in the male dominated field of Information and
Communication Technology(ICT) in Africa. Since 2012, she has been working as the Assistant Systems Engineer (software development) for the University of Malawi, Chancellor College ICT Centre . She has technical expertise in Computer Programming (Ruby on Rails, PHP, HTML,JavaScript, HAML), Software refactoring, Plugin development for ECLIPSE IDE, database administration (MySQL, SQL), and Networking (LAN, WAN). During her free time she likes baking, reading inspirational articles or books and swimming.